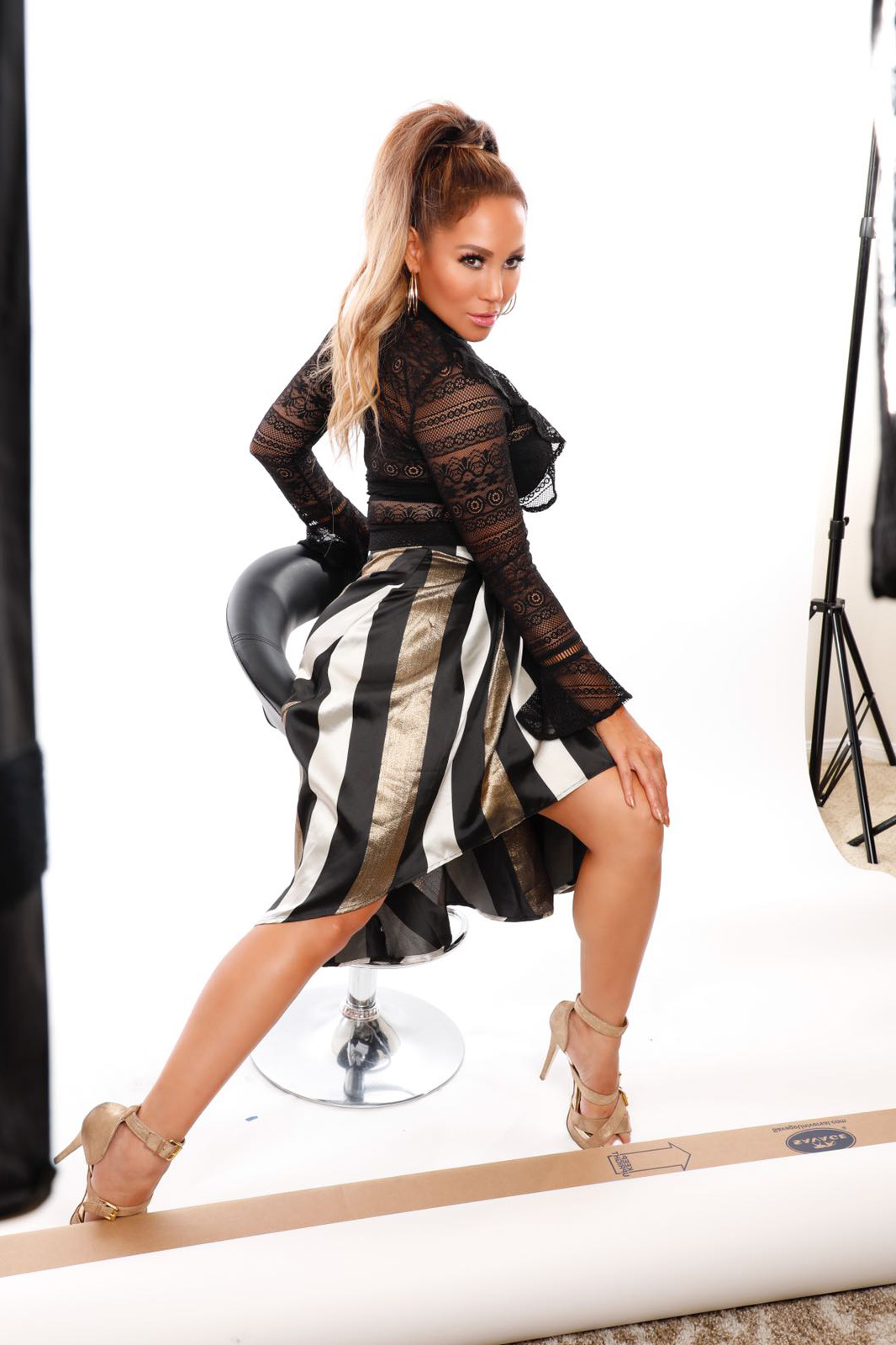 Connie’s resemblance to the international singer, Jennifer Lopez, caught the attention of the media and the public by storm. Since April 2018, her life would change forever. Who would of imagined that a successful entrepreneur from Las Vegas would become an entertainer on center stage? She has gone from businesswoman to artist overnight with hard work and true determination.

Connie Peña, was born and raised in Santa Ana, California, to a Peruvian father and Mexican mother. She’s a self-made entrepreneur and single mother of two children, whom are her ultimate motivation and focus to help reach her goals. She is the third eldest of seven siblings. In 1995, her 17 year old brother Daniel, was murdered by the hands of gangs when she was only 15. The loss of her brother changed her perspective of life to become a better person and for violence to be her last resort. Instead she promotes a healthy way of living without any vices or negativity. At an early age, she got involved into show business. At just 21 years old, her father gave her the responsibility of owning and operating the well known latin night club, “El Premier” in Las Vegas. As a result of that opportunity, she learned a lot about the business and also participated as a promoter of several recognized artists in different genres (Regional Mexicano, salsa, cumbia, bachata, etc.). Many renowned artists have performed through her night club including Oscar de León, Grupo Niche, Guayacan, Jenny Rivera, Adan Chalino Sanchez, Huracanes del Norte, Laberinto, and many others. The club closed its doors in 2014. Along with the Night Club, Connie started doing Mexican style Rodeos known as “Jaripeos” in Las Vegas in 2003. She was recognized as the first Latina woman to be granted a license for this type of cultural event.

In the early 2000’s Ms. Peña was also a Las Vegas guest model for Univision’s, “República Deportiva” TV show. Connie, passionate about beauty, opened her first beauty salon “Mia Bella salon and day spa” in 2008 which later changed its name & location to “Bella Mi salon & nail spa”. In 2009, she was named Lead Coordinator of hair & makeup for The Latin Grammys. She was also the host, producer & director of her own Reality Show “702 En Vivo” where she interviewed artists, covered Las Vegas entertainment and did beauty makeovers for her guests. She has always promoted her business through modeling, television, radio, and as an entertainer at events.

THE TRIBUTE TO JLO

Connie enjoys dancing Latin music and is very active and disciplined. Her dedication to her children and her businesses is incomparable to anything else. Besides being beautiful, she is very charismatic and always makes the people around her feel confident. She never thought about dedicating herself to singing or dancing and much less dreamed of being the double of one of her favorite artist, but the talent is in her blood and these are activities that she has always enjoyed.One of the representatives of the company “American All Satrs,” Puerto Rican choreographer Papote Varet, saw Connie for the fist time in 2011 during the contest Miss Mexico in Las Vegas as a master of ceremonies. He was shocked and delighted with her resemblance to the Queen of the Bronx , but at that time Connie was 4 months pregnant and therefore could not make a decision to imitate her.At the middle of 2018, Connie began to prepare physically through dance and singing to give life to a very special production that would pay homage to the woman who inspired her as an artist, mother and businesswoman.In April 2018 at the Latin Billboard awards, instantly her life changed. She caught the attention of the media internationally. Thousands of Jlo’s fans have confused her with the diva from the Bronx.

On many occasions fans have stopped her on the street and have even asked her to take pictures with them confusing Connie with Jlo. Police escorts and security have assisted her several times to allow her to exit events. The epiphany of what was happening around her and the positive attention she was getting and for other personal reasons, helped Connie make the decision and commitment to perform the characterization of Jennifer Lopez.As a result of all that attention, she has made a guest appearance at Los Angeles Gay Pride, and a few appearances at other clubs. As well as various “Pranks” were made through different national media in Spanish such as Univision’s “Despierta América” and videos produced by Connie’s team in Las Vegas. Connie was a participant in Nuestra Belleza Latina 2018 representing Las Vegas NV (NBL) where she presented her characterization of JLO for her talent test. Everyone watching the show, including the other contestants, were very surprised with her resemblance and from there some scenes were recorded that were immortalized in social networks and at the show.When she attended the Canelo Alvarez and GGG fight in September of 2018, the Police Department in Nevada had to escort and help her mobilize out of the T-Mobile Arena through a back exit. Everyone thinking it was JLo. That made national news on “El Gordo y La Flaca” Univision network. In the same fashion the same scenarios happened during that same evening at a “Alejandro Fernandez” concert, with fans in attendance thinking JLo was in present.

In other occasions as well where Connie has attended, Latin Grammy’s 2018, Bandamax 2018 Awards in Mexico City, a recent visit to Puerto Rico, and lastly at the Calibash in Las Vegas in January 2019, she’s had to been escorted due to the resemblance to JLo. Connie has been interviewed by the media in the USA and Latin America on major television networks and has gone viral online. In Mexico’s City, Connie was well received by several representatives of the media as well as on the popular Television program, “HOY” of Televisa where Galilea Montijo and her crew welcomed her with open arms. She was also welcomed the same way on the new television show from the popular producer and presenter Israel Jaitovich “+ Noche” (Mas Noche) of Televisa where Connie Pena performed a song for the first time in Mexico as a small sample of what would be the Tribute to JLO. She won the challenge and Jaitovich gave her an award and great recognition for her performance naming her on national television in Mexico, as the best Jennifer Lopez impersonator. Currently Ms. Peña is also working on new projects. After all she is still a business woman and always discovering new ideas to succeed. Due to her great passion and knowledge in the world of fashion and make-up, Connie will be launching “ 11:11 beauty “ 3D lashes & cosmetics as well as a jewelry line collection called , “Growth”. Both lines representing something personal in her life. The lashes promote how the Jlo look is achieved, and jewelry line, your inner DNA of whom you can become. The final touches for the tribute, to what has been a great challenge in her life, are currently in preparation. It will be a show full of magic, passion, and music. Connie Peña presents Tribute to the Queen of the Bronx showcasing in Los Angeles with touring first starting in Latinan America and the rest of the world .